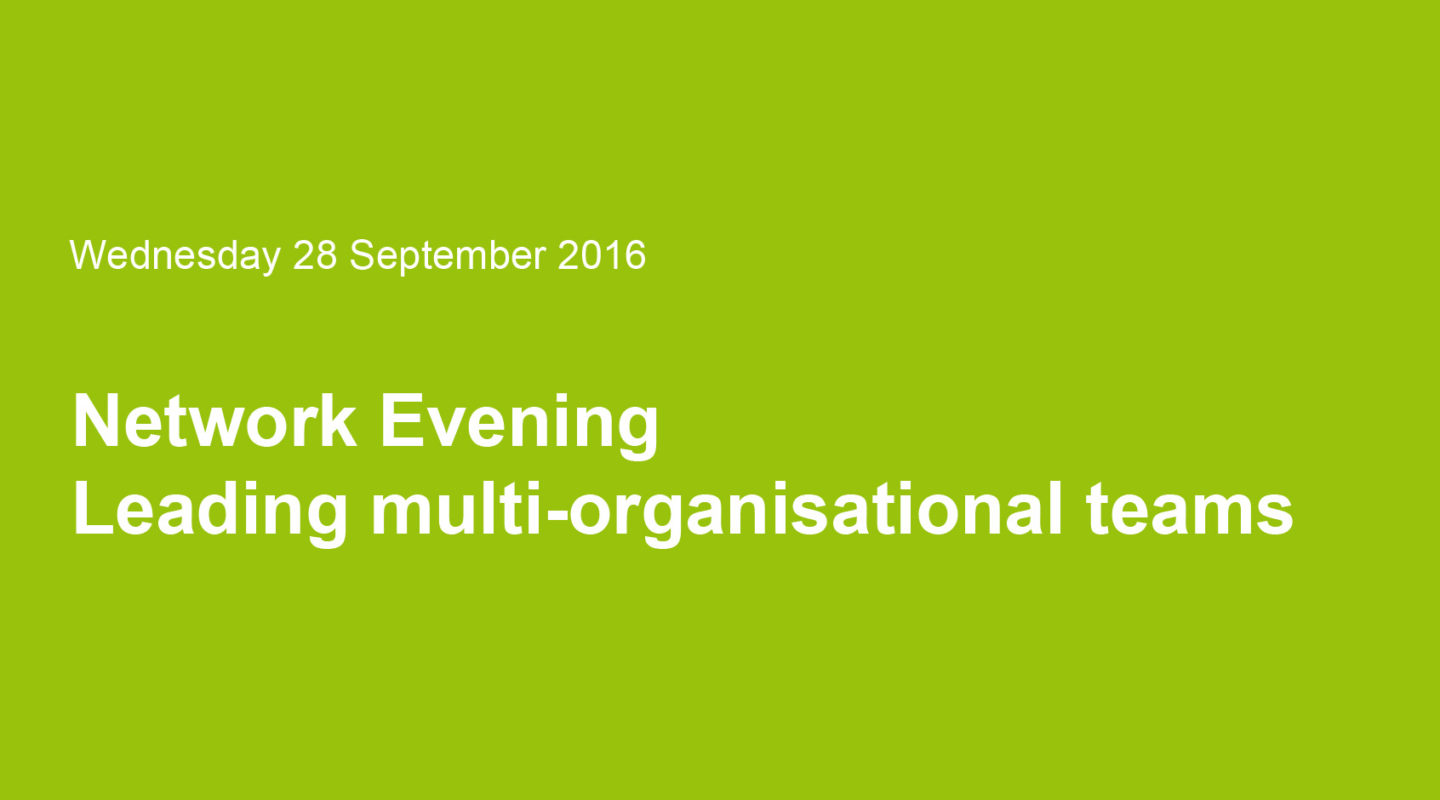 Wednesday 28 September, all gathered in the British Library (despite the road closures) with individuals from a diverse spectrum of organisations from construction to airlines to brewers. The question was posed around what the group wanted to get out of the session, the responses included: ‘Gaining insight from other perspectives’ ‘Stealing with pride’ ‘Knowing where leaders sit in an organisation’ ‘Understanding the challenges around managing through an outsourcing model’ The informative presenters dealt with these questions deftly whilst running through their sessions. First, Stephen Radley, Senior Project Director, Amec Foster Wheeler led us through some key success factors for a successful project in a multi‑organisational context:

Stephen then outlined what it takes to be an effective Project Leader.
Jane Owen Jones from Lloydmasters then discussed the Lloydmasters’ developing high-performing teams model: Know thyself- Develop processes – Don’t accept defensive routines – Practice being a team. Although a bit of debate around the English National Football Team vs. the Welsh National Football Team with regards high-performing teams, the concepts were well understood; essentially the messages for multi-organisational teams and outsourced teams were the same. Outsourcing was also a point of focus and common failures in outsourcing highlighted as: 1.  Not fully defining transition plans 2.  Inadequate planning 3.  Not establishing multiple touchpoints 4.  Communication not happening 5.  Not clearly defining goals and KPIs Peter Mason from Lloydmasters joined Jane to demonstrate the use of Goal Directed Planning (GDP) as a process to support delivery of complex projects with a multi organisational team. This was a highly interactive session that showcased many of the benefits of using GDP – and we learned that Pete is partial to a glass of red wine! The final speaker of the evening was Ian Rudland, formally CEO of Vail Williams who outlined the innovative use of GDP in a business planning context throughout the organisation and the clarity that this provided the whole organisation. A great case study of the use of GDP as a communication tool. Ian is clearly a true advocate of GDP and both Vail Williams and Amec Foster Wheeler have incorporated GDP into sales pitches in the past. The networking spilled into the bar where the conversations continued over a glass of champagne, and the learning did not stop – particularly about the number of gins that are now on the market!! Another very successful seminar from Lloydmasters! If you require any more information, or indeed would just like a quick chat please don’t hesitate to contact fiona@lloydmasters.com or jane@lloydmasters.com (m. 07879607991). The next session will be in the New Year – we will be in touch with an invite later this year. Presentations links:   Leading multi-organisational teams (Jane Owen Jones) Project leadership (Stephen Radley)